For The Whole Family!

Music by Robert Reale and Book & Lyrics by Willie Reale

Based on the stories by Arnold Lobel

Based on the classic stories by Arnold Lobel, A Year with Frog and Toad leaps from the B Street stage! Follow two best friends, the cheerful Frog and the grumpy Toad, as they hop, sing, and dance their way through a year of adventure. As the seasons change from spring to fall, these beloved characters learn lessons about life and the importance of friendship. Anthony has been an actor in the Sacramento area for the last 15 years, recently seen as Gabriel in Fences at STC. Other works include roles in Miss Bennet: Christmas at Pemberley (Capital Stage), Scapino (City Theatre), Tommy J & Sally (Celebration Arts), Sacramento Shakespeare Festival’s Twelfth Night, and Six Degrees of Separation (Falcon’s Eye Theatre), as well as a brief exciting spell as Tinka the Trader at Universal Studios Hollywood’s Waterworld live show. Sidney Raey-Gonzales is a Sacramento actor who is currently based in New York City. Sidney is honored to be making her B Street debut with A Year with Frog and Toad. Educational: Guys and Dolls, Into the Woods, James and the Giant Peach, 25th Annual Putnam County Spelling Bee. Regional: Pump Boys and Dinettes, Little Shop of Horrors, 35mm. New York Credits: By Any Other Name. She’d like to thank her friends and family, the cast and crew of A Year with Frog and Toad, and the entire B Street family. 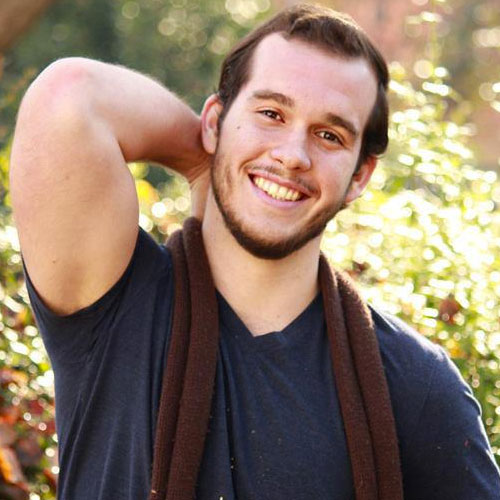 Jacob Gutierrez-Montoya is thrilled to be back at B Street. Recent B Street credits include, The Legend of Georgia McBride, The Wizard of Oz, and Dance Nation. Jacob has been a member of the vibrant theatre scene in Sacramento for over two decades. He's choreographed productions for B Street Theatre, Sacramento Theatre Company, 6th Street Playhouse, Green Valley Theatre, Big Idea Theatre, Woodland Opera House and The New York Musical Festival to name a few. Jacob is an internationally awarded choreographer having won three Grand Prize titles from the International Choreographers Festival. His work has been featured at Dîner en Blanc, Sanremo Young (Italian National Television), Habitat for Humanity Gala, Party for Change, and Broadway Sacramento. Most recently, his work was featured at the Edinburgh Fringe Festival at the 78th Choreographers Showcase. Jacob has worked as a dance educator for over ten years at several organizations in Sacramento, including the Sacramento Ballet, Northern California Dance Conservatory, STC, and Broadway Sacramento. Jacob is the Artistic Director of Sacramento Contemporary Dance Theatre and co-owner of Hawkins School of Performing Arts in Folsom. He received his dance education at the University of Nevada Las Vegas and recently finished an Artist-in-Residency at UC Davis. Jacob is also excited to be the new Director of Development and Community Partnerships right here at B Street Theatre. Special thanks to this incredible cast and crew and his husband Elio for being simply the best. Merde! buy tickets for A Year with Frog and Toad